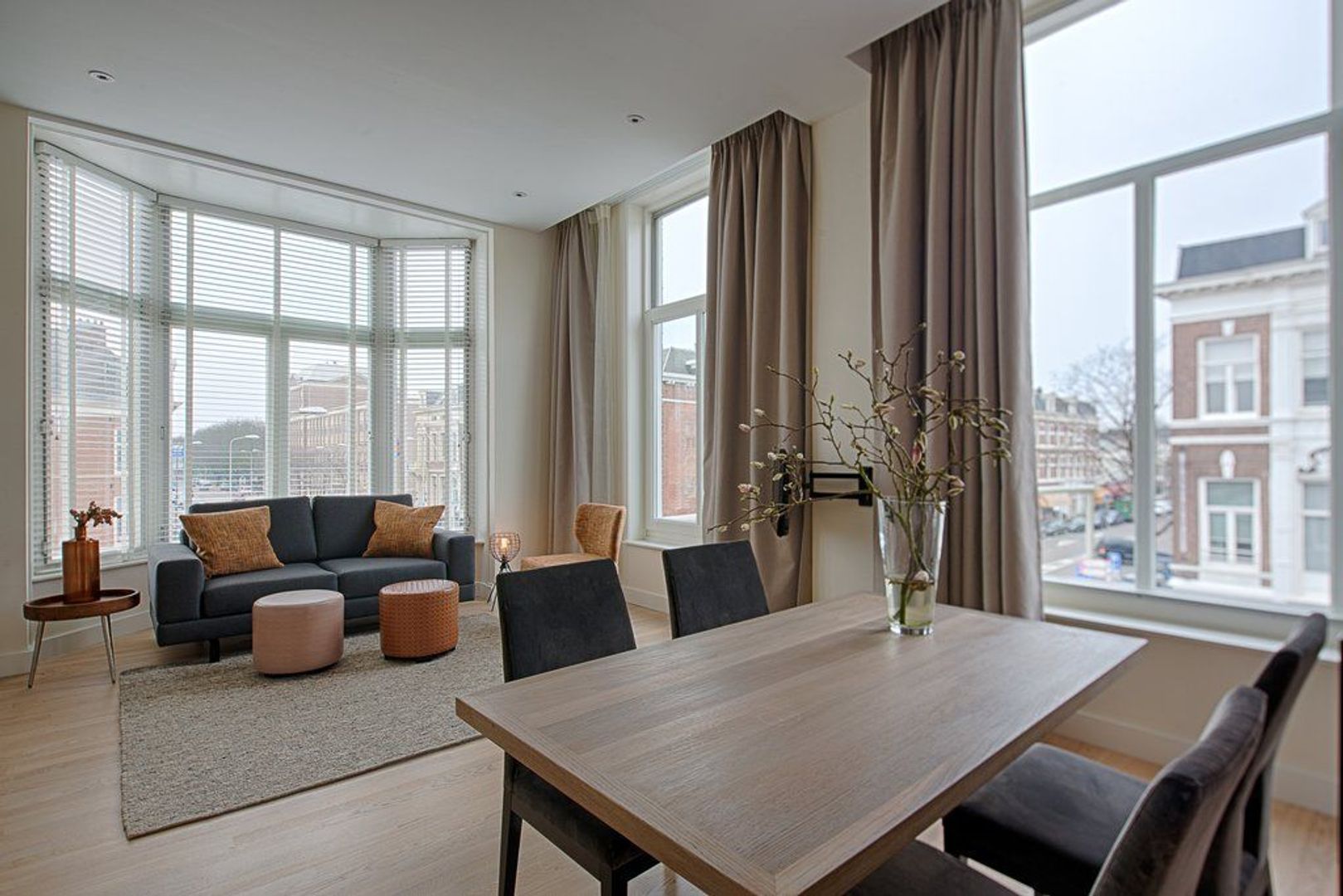 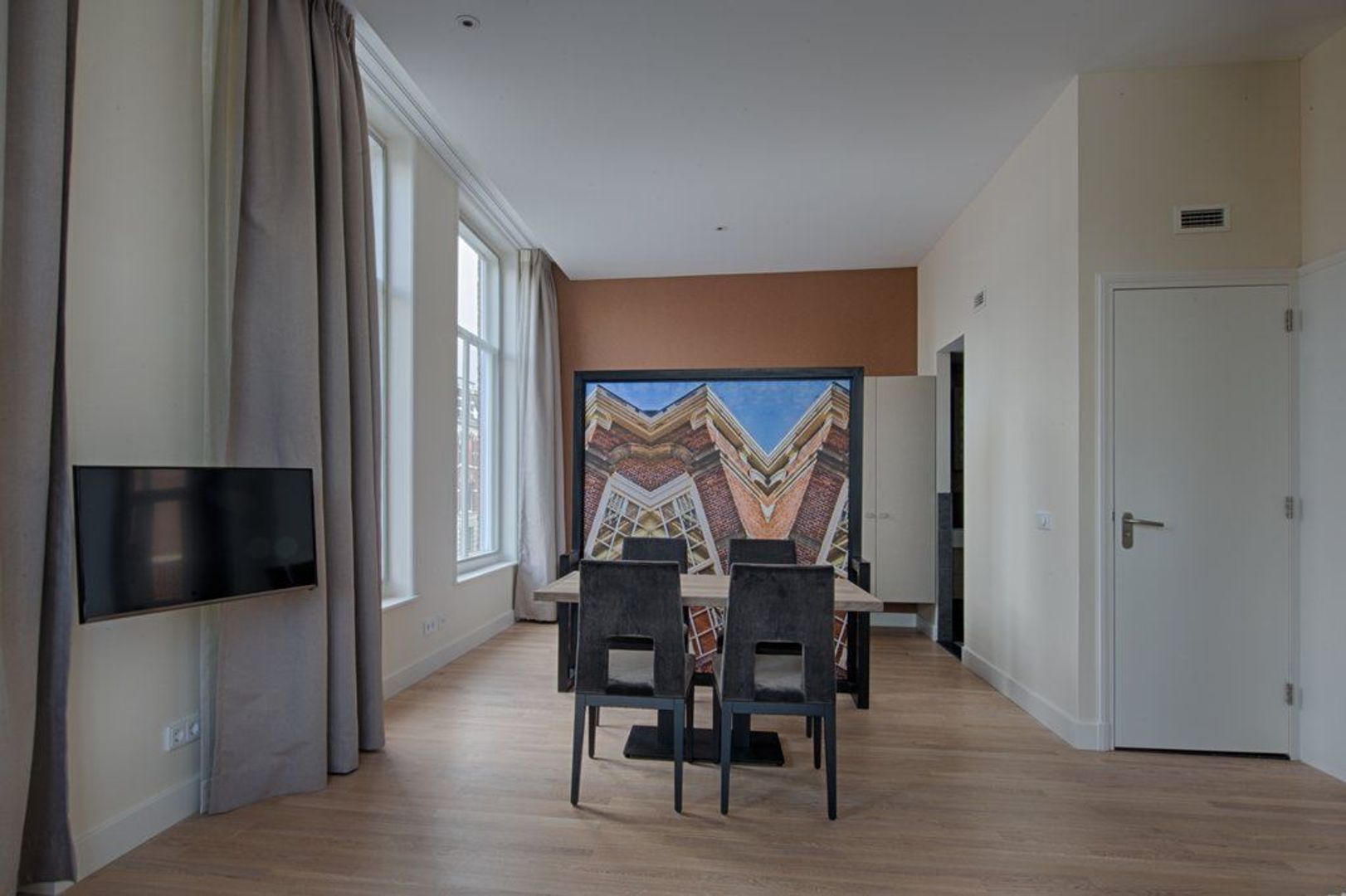 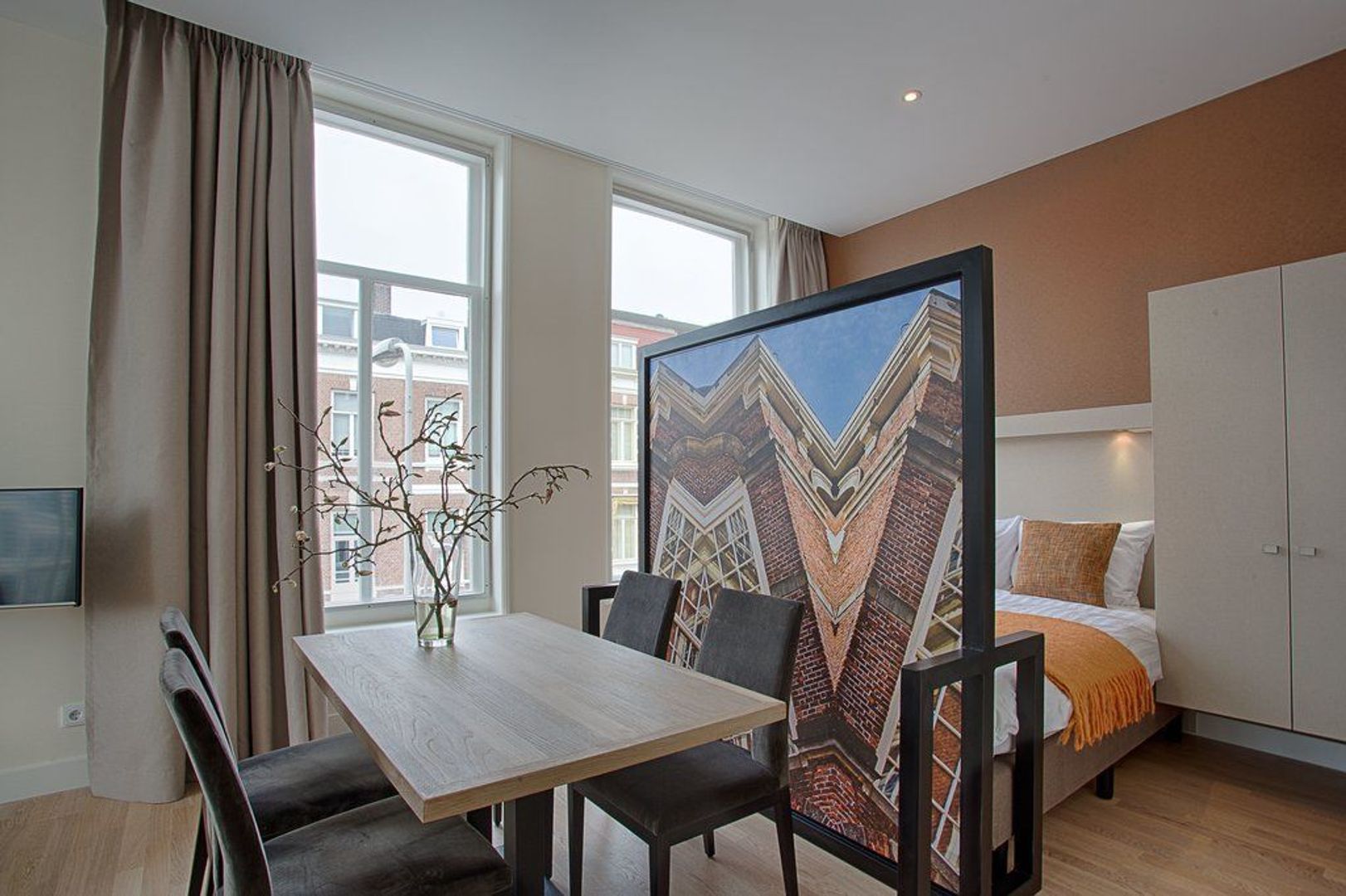 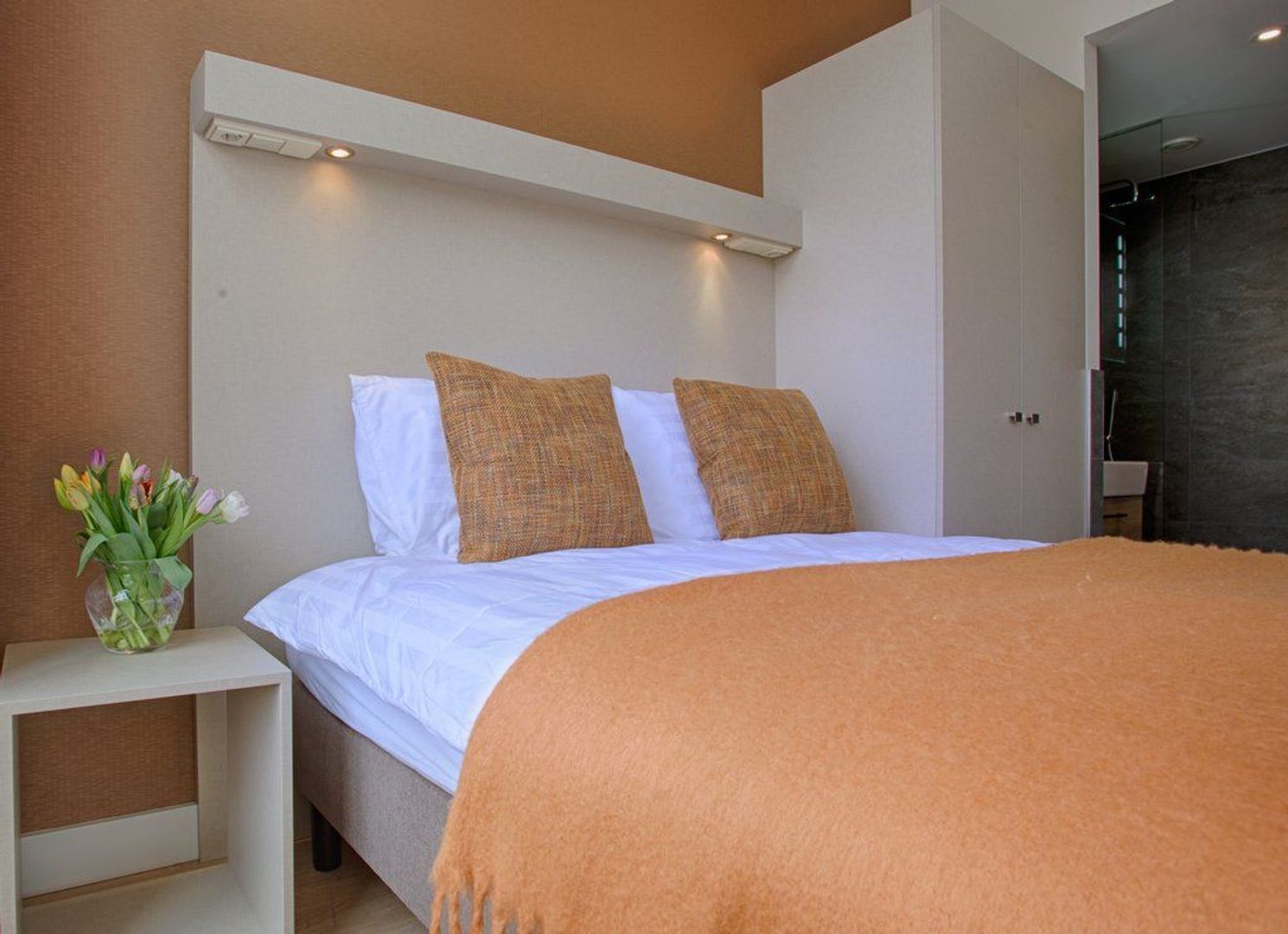 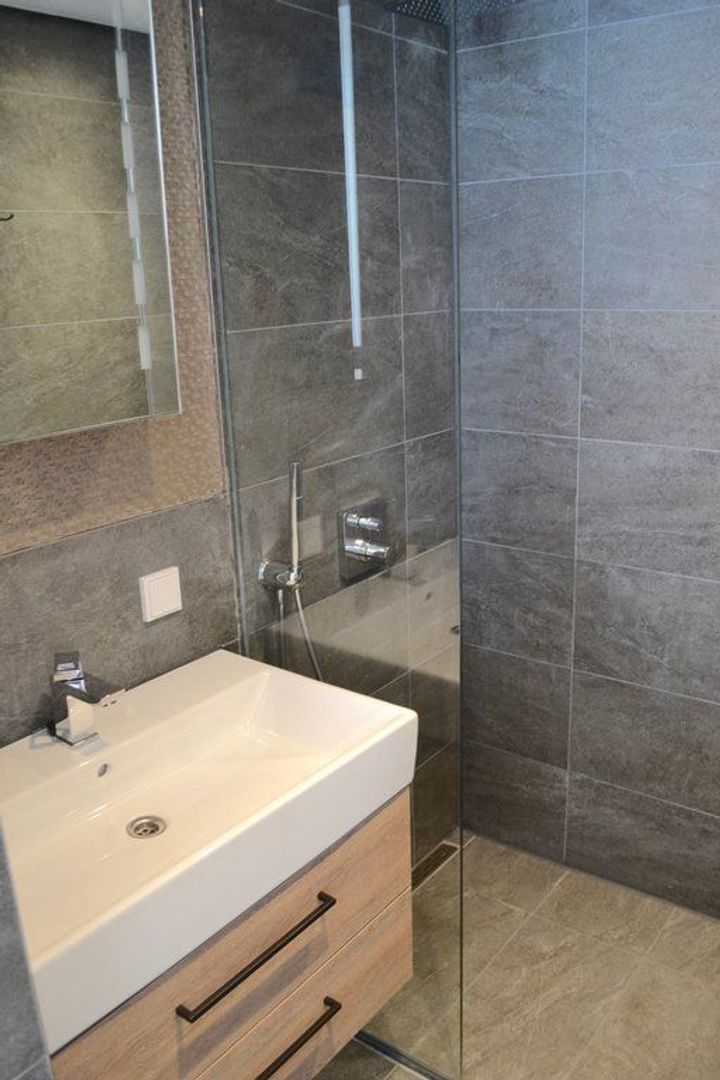 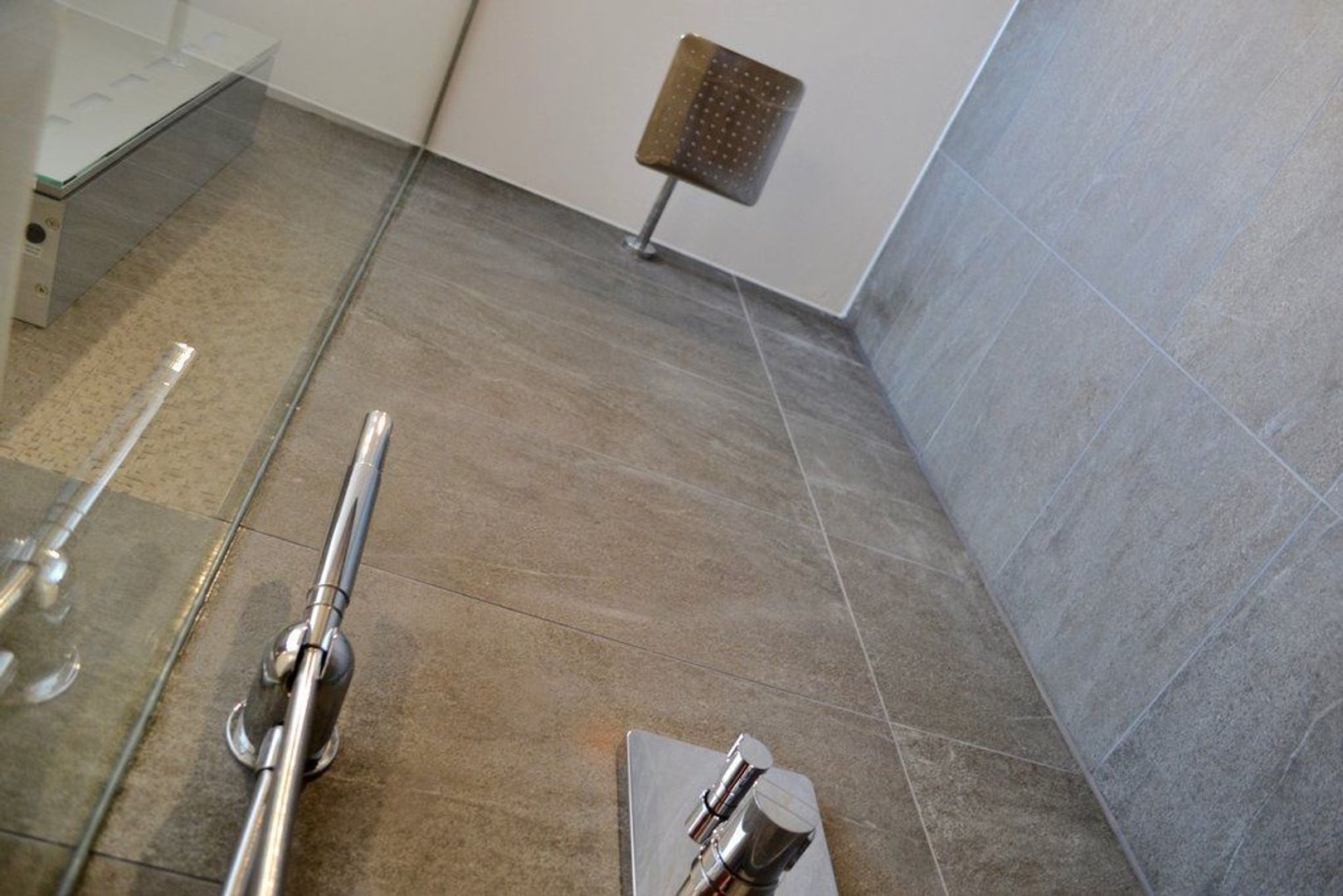 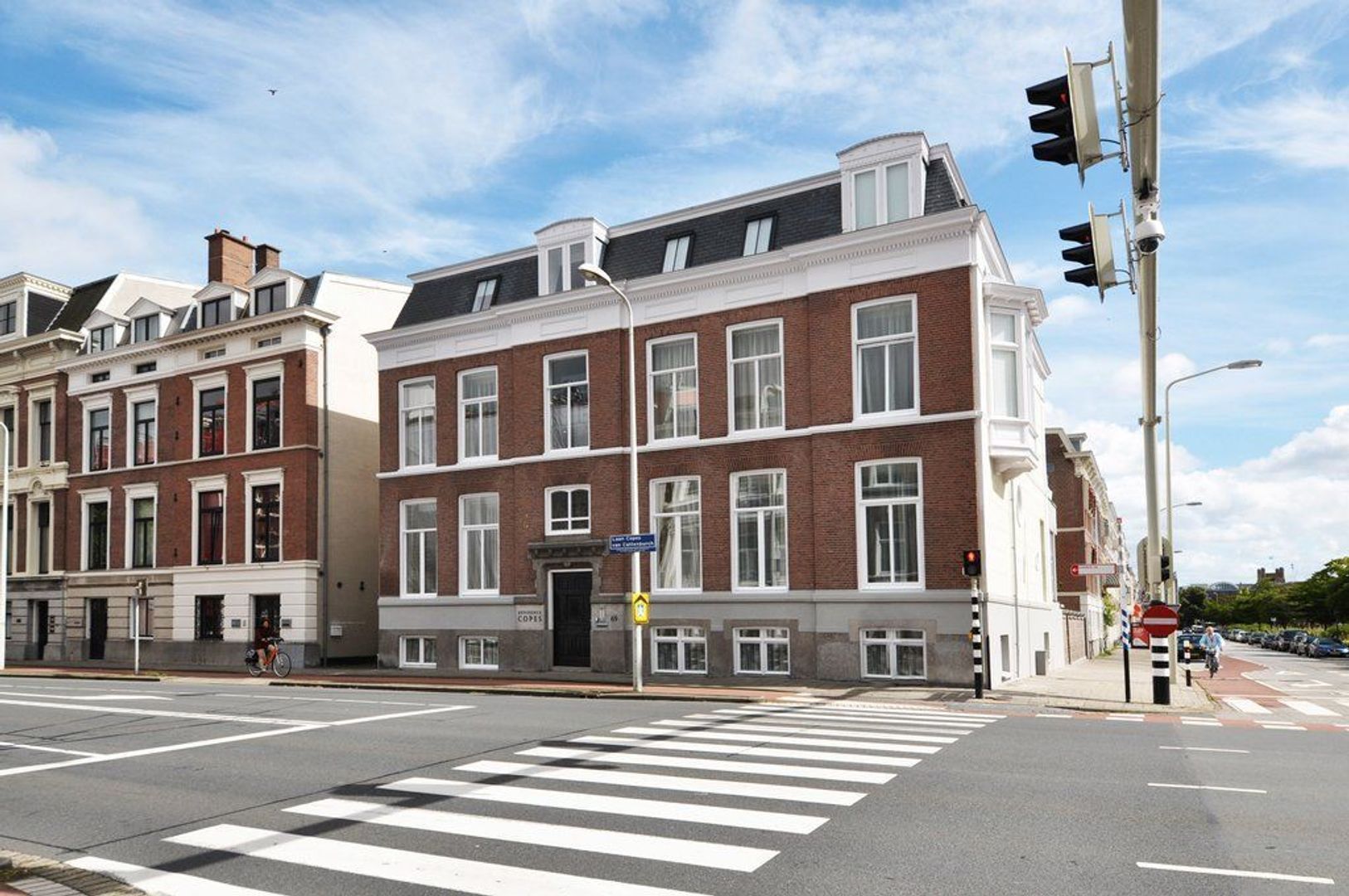 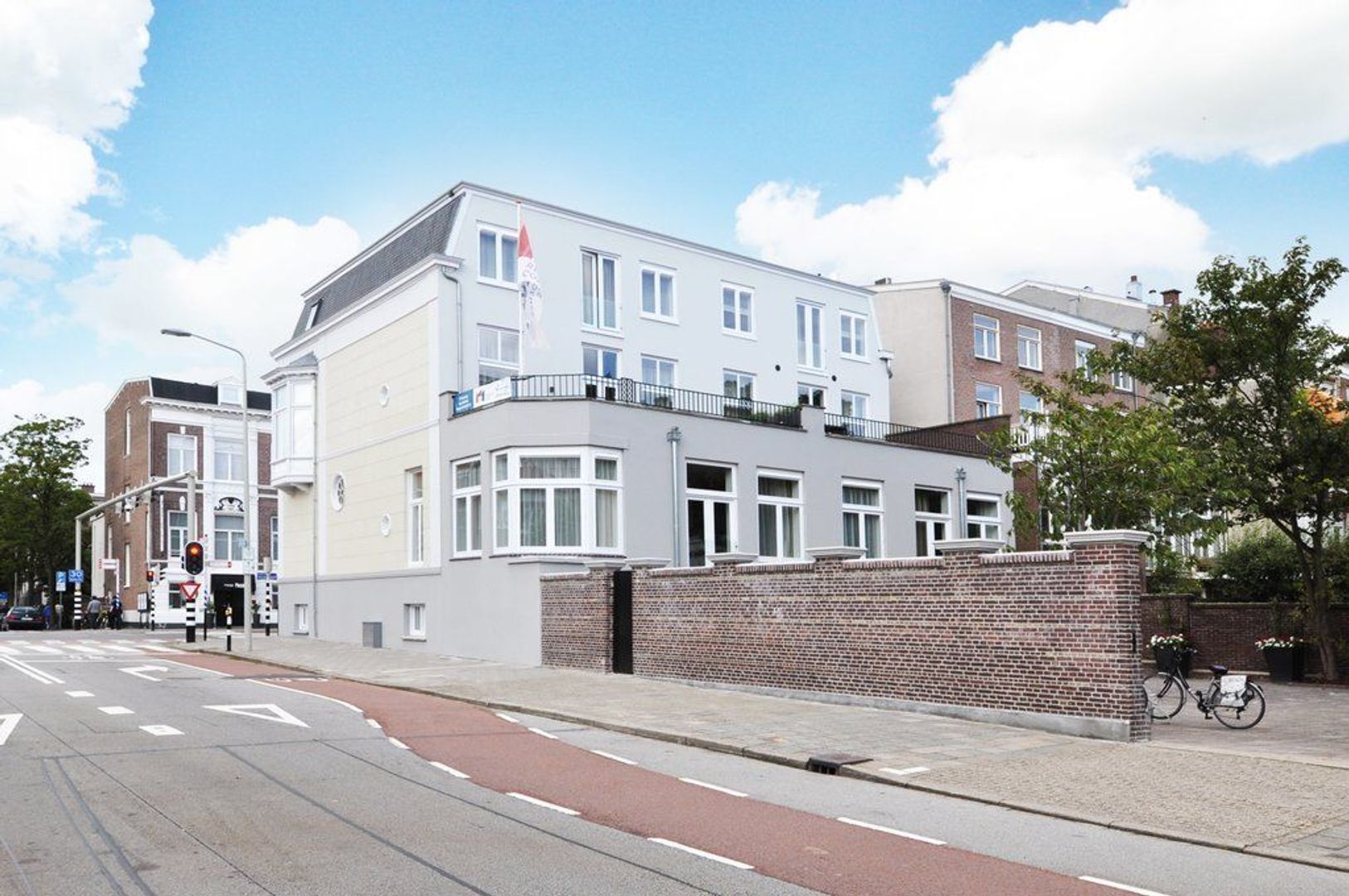 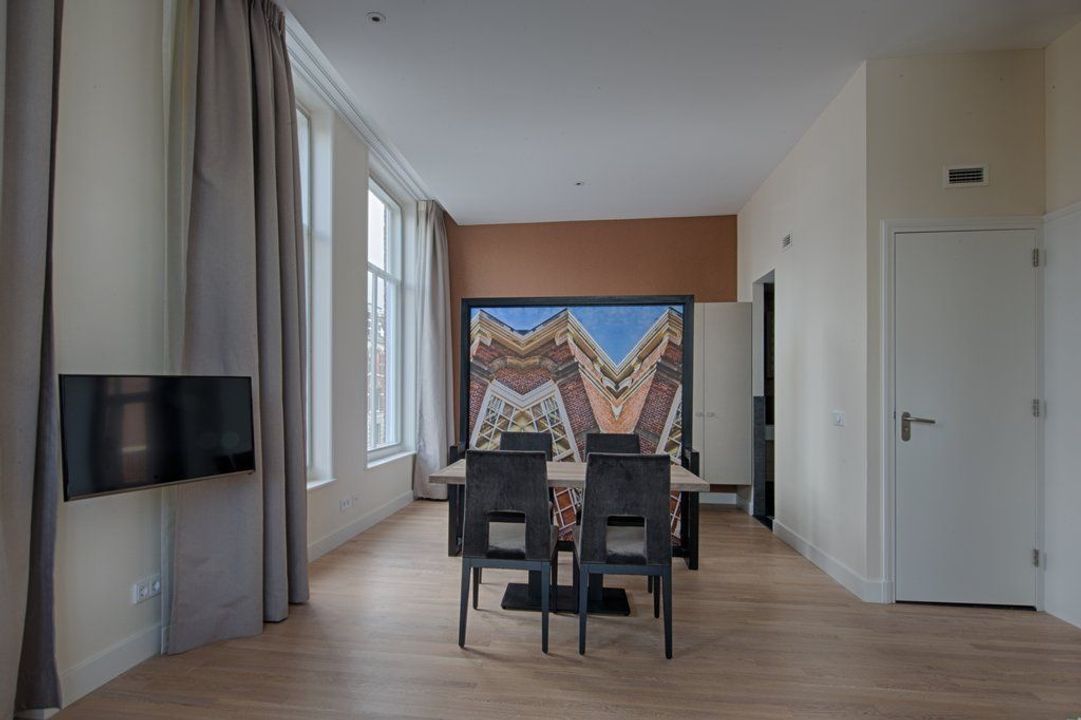 Location:
The Residence Copes is located in a safety area in the center of The Hague. The apartments building is easy to reach and near highways like the A13, A4 and A44. To reach the building you can also use the public transport. The central station of The Hague is at a stone’s trow of the Residence Copes.

Description
The (edited) picture in apartment 69M shows the windows of the city palace at No. 13 on De Kneuterdijk. This palace was built in 1624. The residents must have seen in the period of 400 years a lot of extraordinarily neighbors. There lived rich men, nobles, ambassadors, court officials up to Jacob Cats, poet and Grand Pensionary of Holland since 1636. That last one is mainly known for his moralistic poems. They saiad at that time every household had two books in his house, the Bible and a collection of poems of Cats. After his death he was buried in the Monastery Church (see apartment 69N). In 1750 the distinguished family of Wassenaer Obdam tore down the houses and built a palace for themselves. The view at number 13 became perhaps less wide but more interesting instead. At that time the palace "Kneuterdijk" was worthy of a king. King Willem I thought the same and bought it for his son Willem II in 1850. His son who had married Anna Paulowna that year, Anna was the sister of the Tsar of Russia. But Anna Paulowna was used to the Romanovs splendor and she did not like the palace. She prefered staying at Soestdijk or in Brussels. Imagine you have the 'normal' people as your neighbors... For Willem II it felt like home. Willem II did not really had ethics. He had six illegitimate children, and there were rumors he had something with his servants.

Apartment Golden Palace is located on the front of the buidling.
This apartment is characterized by many big and tall windows.
The appartment contains a seperate toilet.
High monumental ceilings.
A bay window
Comfortable view on a square with monumental buildings and trees.
Specially designed bench for the living area.
General information apartment
The apartments have a number of features. Below you will find all features which all apartments contains.

* It is important to note that the minimum rental period is 4 months with notice of one calendar month
Price: 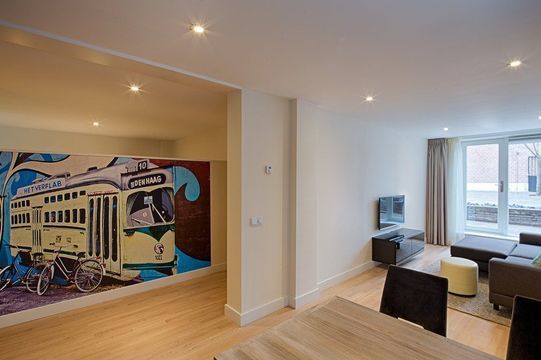 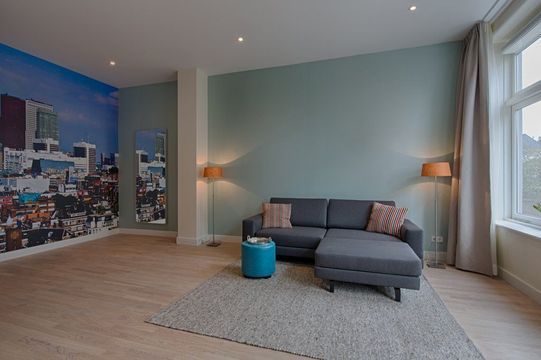 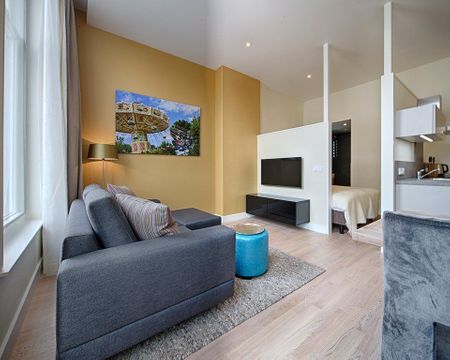 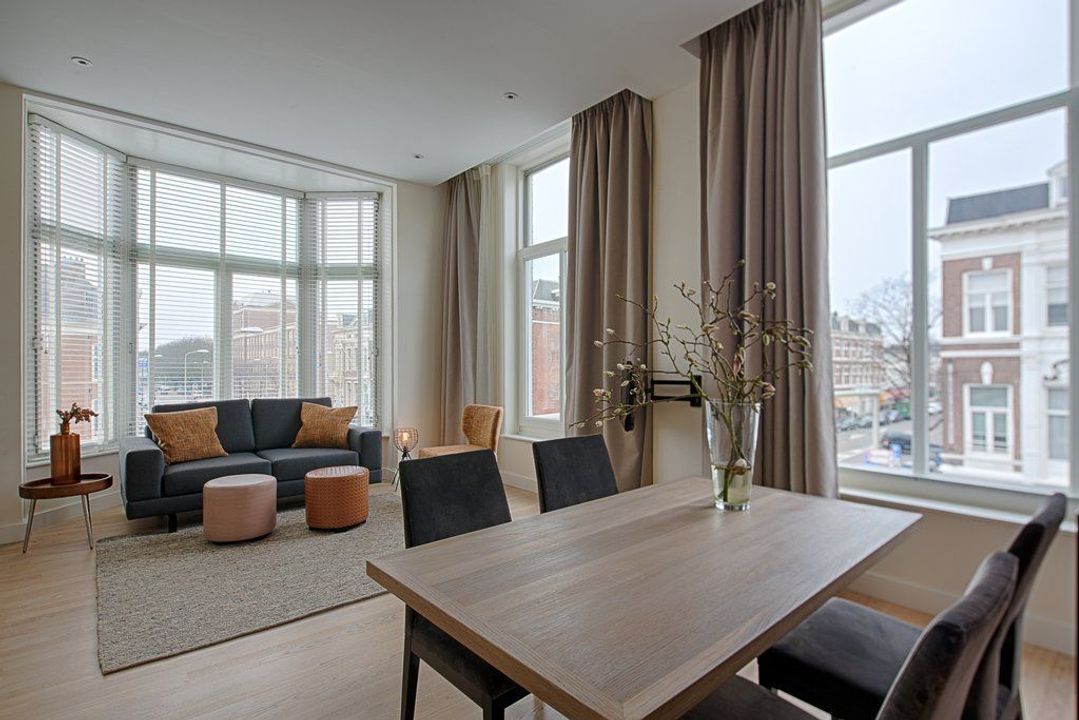